It's my favorite method! Episode Significators. If you've been around tarot long enough, soon you might come across "significators. Cards that are consciously chosen to represent the questioner or other people involved in the reading. In this lesson, we begin exploring significators. The next few episodes that follow will cover different methods for choosing them - and more! Want to work with tarot but don't have a ton of time? Wishing you could learn how to read those cards - but you've got ADHD and can't seem to sit still?

In this episode, V breaks her technique down. You'll learn how to pull a card for the day, determine your royalty, take a tarot break, incorporate tarot into making dinner - and put it all together. Sounds cool? It is! Tarot and Yoga with Sasha Graham. Episode Tarot and Yoga with Sasha Graham. How might tarot and yoga go together? Can you weave yoga philosophy into the tarot - and vice versa? In this episode, author Sasha Graham joins me again to discuss how to bring tarot into your yoga practice - and how to find a yogic approach to tarot. It's also a tool for spirituality and liberation.

The Archetypes in tarot are universal - and no matter what your religious background may be, you can find a relationship to divinity with tarot as your guide. In this episode, Tatianna Tarot of My Urban Illumination joins me to talk about tarot and the spiritual path - and how to make a sacred connection to tarot.

Tarot for Inner Work with Kate Fisher. Episode Tarot can be a marvelous tool for inner work. The Archetypes speak to the soul - and help us to find those hidden parts of ourselves we usually try to ignore. We're chatting about inner work, intuition, shadow work, aligning with our higher purpose and so much more. Pull up a chair, turn up the volume and listen in - it's about to get deep in here. Tarot and Mediumship with George Koury. Episode Tarot and Mediumship with George Koury. Curious about mediumship? Wondering if Tarot can be a way to tap into the other side?

Medium and Tarot Reader George Koury shares his tips for using tarot as a tool to connect with the dearly departed. Tarot isn't just for divination any longer. She has worked with clients living with depression, eating disorders, anxiety, PTSD, addiction, trauma, and more, using tarot as a tool to help them find self-compassion and coping skills. In this episode of Tarot Bytes, Jessica shares her story on how she began using tarot in a therapeutic setting.

You'll learn how tarot can be a helpful ally for healing work and how you may want to incorporate tarot into your clinical practice. There are a few round tarot decks on the market. But for those of us who are used to working with the standard rectangular shaped cards, the round ones may seem bewildering. How do you shuffle them? What happens if they turn up sideways instead of up or down? Can you use them like a compass? In this episode of Tarot Bytes, Angela Mary shares how she works with round cards - and what every reader needs to know if they're thinking of giving them a whirl. Connecting with the Divine with Tosha Silver.

Episode Do you find yourself longing to connect to something greater than yourself? Wondering how to discover a deeper relationship to spirit? Many people who come to the tarot table are seeking something other than the standard "will I meet someone? They want to feel aligned with their spiritual life. In this episode of Tarot Bytes, I am talking with Tosha Silver, author of The Wild Offering Oracle about what it means to link with the divine - and how to make that connection. We also discuss prayer, non-believers, tarot, and surrender as well as Tosha's new deck.

Tarot Birth Cards with Mary Greer. In this episode, Mary Greer teaches how to discover your birth card, as well as your name card, year card, and hidden challenges. 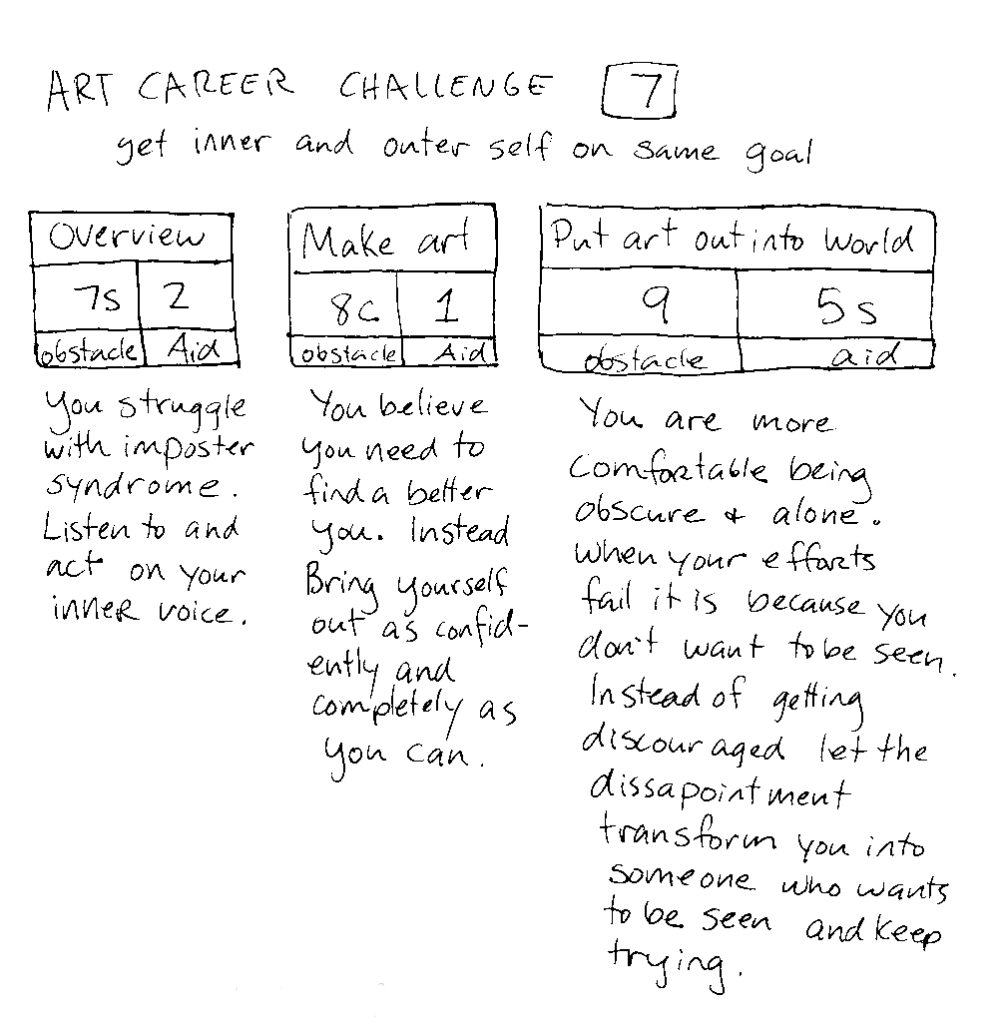 Stage Cards with Sasha Graham. Episode Stage Cards with Sasha Graham. If you look closely at some of the cards in the Rider Waite Smith tarot deck, you'll see that some of the scenes on various tarot cards seem to have a stage backdrop. What's that all about? In this fascinating discussion, Sasha talks about how artist's Pamela Colman Smith's theater background might have influenced these images. She also teaches how to interpret these cards. If all the world is truly a stage, then Smith certainly brought that element into the Rider Waite Smith Tarot!

Tarot and Magick with Damien Echols. Episode Are you curious about magick? Wondering if there is a magickal component to tarot? Listen in and learn about what magick is, the Golden Dawn, and how to use tarot as a magickal tool. Damien also talks about the Guardian Angel of the tarot deck. This is one of my favorite tarot conversations and one that I think you'll find to be quite interesting as well. Reading Tarot for Groups with Jenna Matlin.

Episode Thinking about reading tarot for groups? Mary K Greer says it can be a "rite of passage" for tarot readers who want to go pro. But when you first start out? It can be scary. We cover everything from gaining experience and what you need to bring to dealing with unruly folks. Jenna has been reading tarot for festivals and parties for some time so I knew she'd be the right person to talk about this.

We chat about skeptics, accuracy, why some tarot readers shy away from prediction, plus how to improve your predictive skills. Prediction is alive and well - and thriving. Tarot and Kabbalah with Rachel Pollack. Episode Tarot and Kabbalah with Rachel Pollack. The Rider Waite Smith deck is steeped in mysticism. Did you know that the Kabbalah is part of the rich symbolism in this popular deck? In this episode of Tarot Bytes, the legendary Rachel Pollack joins me to talk about the Kabbalah and its role in tarot.

Bonus Episode: Each animal in tarot carries special symbolism. From the howling wolves to the posture of the horses in the Knights, these creatures are archetypes, every bit as essential to interpretation as the human figures. But what do they mean? What is the meaning behind the wolves or that lobster creature in the Moon? What's going on with the dogs in the Ten of Pentacles?

How might they be different than the little one in the Fool? And what's the deal with that snail in the Nine of Pentacles?

I'm talking all about animal symbolism in the tarot with Lola and Tigre Pickett, creators of the upcoming Wild Messengers Alchemical Tarot, a magical deck featuring the wisdom and medicine of creatures both large and small. Episode Have you ever thought about producing your own tarot deck? If so, you probably have a ton of questions. Benebell Wen, the author of the upcoming Spirit Keeper Tarot, has answers! Tarot Keywords with Angie Green. Episode Tarot Keywords with Angie Green. Tarot can be daunting for beginners.

Hip Chick Tarot creator Maria Strom joins me today to chat about how to give empowering tarot readings. Jumpers with Paige Zaferiou. Episode Jumpers with Paige Zaferiou. Ever have a tarot card "jump" out of the deck while you're shuffling? Paige Zaferiou gives the inside scoop on what you need to know about jumpers. This is so genius! Missing Cards with Hilary Parry Haggerty. Ever do a reading and notice that a suit is missing? Or maybe you've got all Minors and no Majors? What's up with that?

Hilary Parry explains the significance of missing cards. The Elements with Melissa Cynova. Episode The Elements with Melissa Cynova. The elements - Fire, Earth, Air, and Water - are an essential part of tarot. Working with Oracle Cards with Meggan Watterson. Curious about how to work with Oracle cards? The Kings. Episode Kings. In this episode, we're exploring the last member of Tarot's royal Court cards: the Kings. Learn how to interpret these majestic guys! Episode Queens. The Queens are part of tarot's Court Cards. Learn what role they play in a reading.


Learning the Court Cards is one of the most frustrating parts of tarot. But you don't have to struggle! In this lesson, renowned tarot teacher Ethony joins me to sort the Courts. People often ask me: "do I really need to cleanse my tarot deck - and if so, how do I do that? Tarot Reversals with Leeza Robertson. Episode Tarot Reversals with Leeza Robertson.

There is a certain element of ritual that goes into tarot reading. We're discussing shuffling with intention, cleansing the deck, grounding, and more! Reading Tarot for Yourself with Courtney Weber. You've probably heard folks complain that they can't read tarot for themselves.

Maybe you're one of those people who think that too. In this episode of Tarot Bytes, Courtney Weber, author of Tarot for One, shares tips and techniques for good self-reads. A tarot deck with unillustrated pips Minor Arcana such as the Marseilles can seem intimidating. But they don't need to be! In this episode, special guest Andrew McGregor of The Hermit's Lamp will share some tips for getting comfortable reading with unillustrated pip cards. Curious about intuition - and its role in tarot?

Get first dibs on the next Entrepreneurcast!

Let's dive into the symbols and possible interpretations! Episode In this episode, we're learning about the history of the Rider Waite Smith, the most popular tarot deck in the world. Wondering what's the difference between Tarot, Lenormand, and Oracle decks? Curious about how to use them - or when to use which one? Ezzie Spencer. In this episode of Tarot Bytes, I'm talking with Dr. Going Pro with Christiana Gaudet. Wondering what it's like to work as a tarot pro?

Thinking of hanging out your tarot biz shingle? If so, you'll want to check out this episode of Tarot Bytes. I'm talking to Christiana Gaudet, author of Fortune Stellar, about how to get started. Ten of Swords. Episode Ten of Swords. This card isn't all doom 'n gloom. In this lesson, we're looking beyond the scary image of the Ten of Swords to find the symbols of hope and wisdom.

Why is she tied up? November is that time: the veil is thin, that separates our world from those who have passed on. The misty women dancing across the fields at dawn, seen even in the cities, they tell us these tales. Those seated in the boat need that faith the most — trusting that the winds are favorable, that the captain knows what to do in order to traverse the seven seas. Trusting that it all makes some sort of larger, cosmic sense. At some point, at least. The cups literally stand broken in front of a huge, black mountain the unknown. In the dark, we cannot see — we can only trust. Much has been broken.

Things that once held great meaning have changed in the past months and some beyond repair. You know what I mean. It shows — sorry to say it — a worm, cut in half. A poignant image. The thing about worms is, that both halves can survive without the other caution: fun-fact! Keyword: self-destruction. In which contexts are we too harsh with ourselves, condemning our actions and words? The sword cards always tell us about communication, and considering that mercury is in retrograde starting November 16 th and until December 6 th — watch out!

The question is: where is your creativity being stifled?